Daniel Football likes the score 44-0. They beat Liberty last week 44-0 and this week against Easley they went into halftime up 44-0. The lions were once again led by Tyler Venables and his five touchdowns. Ten different receivers had a reception from Venables Friday night with each touchdown being scored by a different receiver. The offense was steady all night benefiting greatly from the big play. Eli Merck caught a 44-yard touchdown pass in the first quarter to put the Lions up 16-0 after an earlier Venables 4yd rushing touchdown and a safety. The Lions added another 28 points in the second quarter thanks to a 20 yard TD reception by Javares Hamilton, a Brenton Benson 53 yard TD reception, a 27-yard passing touchdown to Jackson Crosby, and lastly a swing pass to Billy Bruce for a 9-yard touchdown. Billy also ran for a touchdown in the third quarter which would prove to be the last Daniel points of the night up 51-6. The defense and special teams deserve a lot of credit for their stellar play as well. They forced their second safety of the young season, Bubba McAtee recovered a muffed kick-off, Asaun Willingham recorded a pick, and the Lions blocked a punt as well. There is a lot of confidence and hype surrounding this team and they are proving why with their play each and every Friday night. 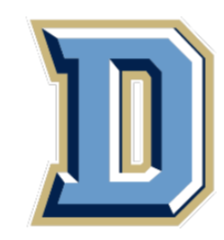